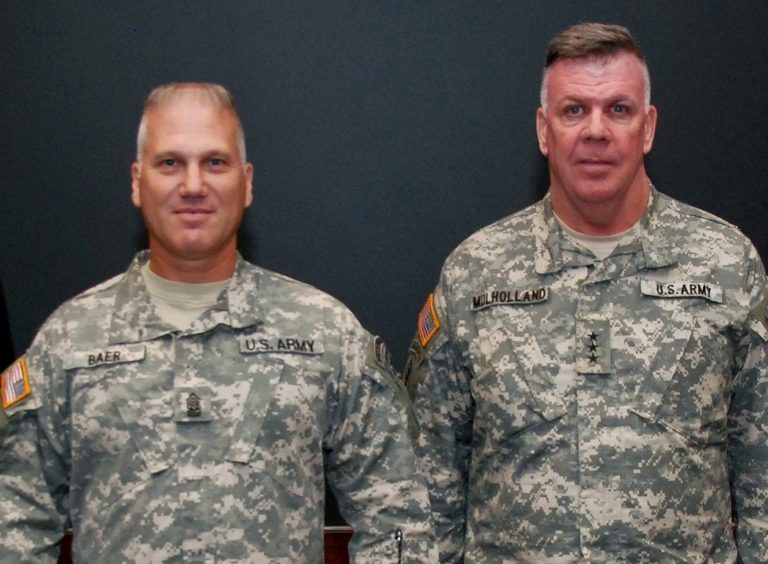 The Stronghold Freedom Foundation is sad to relay the news that CSM Parry Baer, Retired, has passed.

CSM Baer was at Karshi-Khanabad, Uzbekistan, as part of Task Force Dagger.

Many of our veterans knew or served with CSM Baer. God Speed, Command Sergeant Major.

Parry Leonard Baer (Age 61)  CSM, U.S. Army (Ret.)
Passed peacefully at his farm in Gettysburg on September 13, 2020. Born October 12, 1958, and raised in Croswell, MI, he honorably served 35-years in Army Special Forces. Parry retired as the USASOC CSM in December 2012 and started a cattle farm with his wife Kathleen.

Although a highly decorated Special Forces veteran who served globally in combat theatre operations, Parry defined himself by his family and farming. Parry preferred to discuss the renovation of his historic and award-winning civil war barn, his dog Summer, or combining at harvest time each year at his cousin’s farm in Croswell. But by all measures, he liked telling stories about his granddaughters best.

Parry was preceded in death by his parents, Helen Marie (neé Grout) and Parry Gray Baer, and survived by wife Kathleen; his sister, Jane; daughters Julie and Jodie, granddaughters Jacy and Jessa; two nieces and a nephew; thousands of Special Forces brothers-in-arms; and a grateful Nation. He will be buried in Arlington National Cemetery.

Official Profile: Parry served 35 years in the United States Army, retiring as Command Sergeant Major of all US Special Forces.CSM Baer entered the Army in Nov. 1977 as a Combat Engineer. After completion of Basic Training and Advanced Individual Training at Fort Leonard Wood, Miss., he was assigned to the 4th Infantry Division (Mech.) before volunteering for airborne and Special Forces training as a Special Forces Engineer Sergeant in 1980. Baer, a native of Croswell, Mich., began his SF career in 1981 at 5th SFG (A). His assignments there include several positions on Special Forces Operational Detachments Alpha 533, 534, and 514 within the 1st Battalion, 5th SFG (A). Baer has served as a battalion command sergeant major for 5th SFG (A) and 7th SFG (A) as well as the group command sergeant major for 5th SFG (A). Baer served in combat operations from Operation Desert Storm through the current Global War on Terrorism.

*This post has been edited to correct the date of CSM Baer’s death.