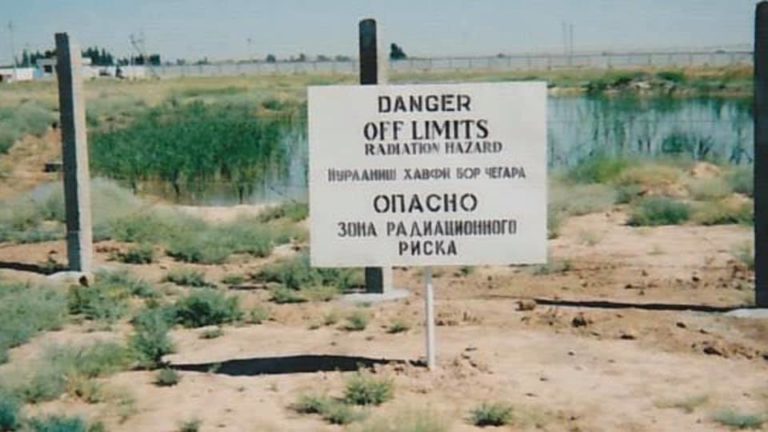 In 2012 PJ Widener and Mike West formed a private Facebook Group called “K2 Karshi Khanabad, Uzbekistan Radiation, and Toxic Exposures”. They wanted to connect to other military veterans who had served at Karshi Khanabad Airbase, Uzbekistan (K2), during Operation Enduring Freedom (OEF).
Mike had been diagnosed with cancer and had health issues. They hoped that they could lend some moral support to others fighting the VA, and perhaps find out more about what toxic exposures they faced while stationed at the base. They uncovered a great deal.

In 2014 Mike succumbed to his cancer. His last wish was that PJ would carry on the mission of connecting K2 veterans. PJ carried on with minimal help for the next five years, the group grew, but his health was also deteriorating.

In December of 2019, McClatchy published an article, written by Tara Copp, on K2, and the number of members in the group increased from several hundred to several thousand. PJ now knew he needed help. He looked to David Puerner (another friend of Mike West), and his wife Sarah Puerner, who he knew had some non-profit experience, they decided to form a non-profit organization to serve the veterans of K2.

In February of 2020, we incorporated the Stronghold Freedom Foundation as a non-profit in Arizona. The initial Board of Directors made the mission simple: “to utilize awareness and partnerships to serve those who were exposed to toxic conditions while deployed in the service of our country.”  In March, we received our tax exemption from the Internal Revenue Service. We are currently building our staff and establishing a website.

In February 2020, Rep. Mark Green, (R) Tenn and Rep. Stephen Lynch, (D) Mass, held hearings in the House Oversight and Reform Committee regarding K2. Rep Green, a veteran of K2, and Rep Lynch authored HR 5957, the K2 Veterans Toxic Exposure Accountability Act of 2020. Before the COVID-19 outbreak in the US, there were over thirty co-signers on the bill. There is now a draft bill in the US Senate.

We have now expanded our effort to include US Citizens who were civilian contractors and Federal Employees at K2. We are forming partnerships that will address the more significant issue of toxic exposures that our military service members face in their work environments.

The Stronghold Freedom Foundation is a 501(c)3 tax-exempt organization. Our mission is to utilize awareness and partnerships to serve those who were exposed to toxic conditions while deployed in the service of our country. We represent over 7,000 Veterans, family members (including Gold Star Families), civilian contractors, and federal employees that were deployed to or worked at Karshi Khanabad Air Base, Uzbekistan (K2) during Operation Enduring Freedom (2001-2005). Our Veterans were exposed to multiple forms of toxic chemicals and radiation hazards during their time at K2. We strive to keep the promise made by the government to care for them and their families.

This article also appears in our medium.com publication: The Stronghold Freedom Foundation

Posted in About K2, Founder's Notes